Back In.. Navy, White and Silver!

"I went in with a smile, and I came out with a smile." This quote has rung true so far for all three Havarah players at Fair Hill, but they came from Maddie's lips.

She compared her experience of doing a 180 from her first, but still really successful, prelim at Pine Top in Aiken to her success thus far this weekend to a "test ride." Pine Top was just that to her, a "test". She just wanted to make it through, end on her dressage score with only some time cross county.

They did this, very successfully, but Maddie said she came back home ready to take the preliminary level by storm.

When looking at the scores this morning, before doing the quick Facebook update, there's the run through of names to get an understanding of how everyone's day was going to pan out. Reading through the list... Jane Doe... Some Random.... Maddie Parisan 28... Next Pers... WAIT WHAT!

There was a quick double take that I got the facts right and then there was a post to Facebook. To be clear - it is not surprising this team is capable and deserving of this score. It's the mere fact that he's always been able to jump the moon, but Maddie has gone from Novice to Prelim in a year's time, and that's a huge leap for dressage obedience. So this score is AWESOME!

To continue, there was more pleasantries around the corner when seeing Molly got a 30 on Benny and a 26 on Rivan.

John Nunn also had a good dressage test and even landed himself on Eventing Nation with Molly.

So needless to say it was a bit of a sitting-on-the-edge-of-your-seat day. Hoping everyone pulled through, kept all four shoes on, and showed off their skills. And they did.

Maddie was a bit intimidated by the skinny to huge drop on her course, but it ended up being her best ridden combination on course and she was even rewarded with a cheering section (some friends - some complete strangers!).

She didn't have a watch, but obviously got in such a groove that she finished well inside the time, moving her from being tied for 3rd to 2nd place going into show jumping tomorrow.

John had a few unfortunate rails but he rode very well and had a good show jumping round.

Molly said Rivan, despite his lax show schedule, proved unfazed by his less-than-intense show program, and was confident stadium, landing him in a 4th place standing.

Benny felt more confident than ever according to Molly, and even though the fences were big, they felt small when being soared over by this cross country machine. He stands in 10th with only some time penalties added to his dressage score.

"I'm really proud of her and you know, it's freaking awesome how far they've freaking gotten!"

She gives so much credit to Molly for taking Maddie and Carson as far as she has, and is so proud that her daughter has gotten so see and experience things she personally never got to experience at Maddie's age.

Well, Maddie, Molly and John - we are all proud of you, and we're all rooting for you tomorrow! 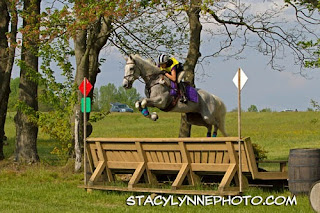 Photo courtesy of Stacy Lynne
Posted by Havarah Equestrian at 7:24 PM No comments:

As you all may have guessed based on the fact that there was no blogging announcing catastrophe, everyone made it home safe and sound from Aiken.

All horses arrived home wide-eyed with fuzzy, sheep-skin lined noses and settled back into their North-East residence. They are currently enjoying their green pastures - which is probably the equivalent of splurging on McDonald's after being so healthy and active for a long period of time.

But no worries, the horses got a well-deserved break and chow-fest while Molly was at the Fork, but now it's back to business.

For the most part it seemed to be like a nice, relaxing introduction back into the North-East show scene this weekend at Plantation.

In addition, it really was a Team Havarah show as Molly, Hannah, Robin, Quinn AND Bryce were competing. So it was just fun all the way around.

Though, I know you all love to read the recaps, sometimes the saying "a picture is worth a thousand words" is the truest of statements.

Plus, we have Fair Hill this coming weekend... so plenty more news to come!

Thus, I leave you with some amazing photos from this weekend, courtesy of our wonderful neighbor and photographer, Steve Berkowitz. 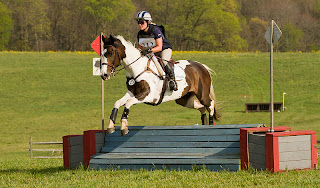 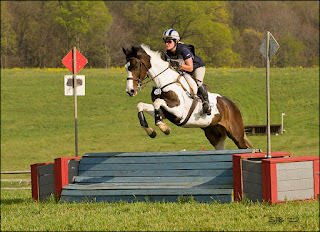 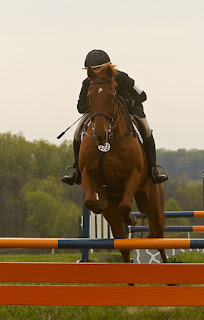 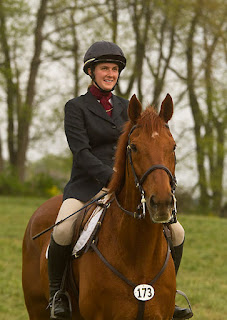 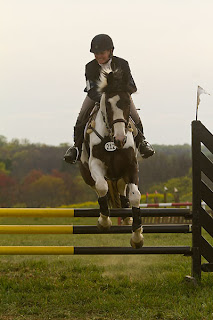 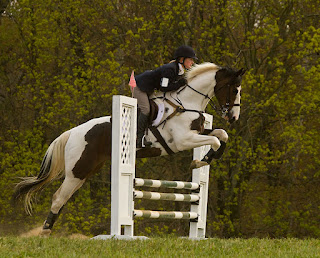 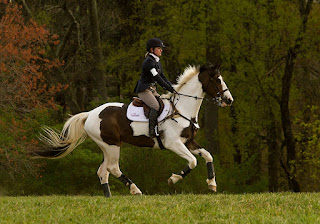 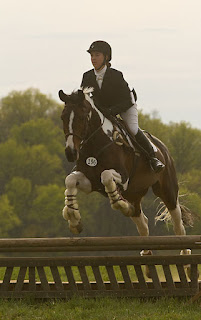 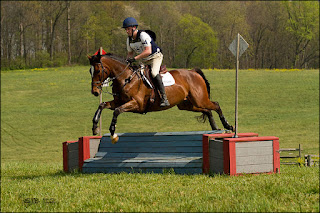 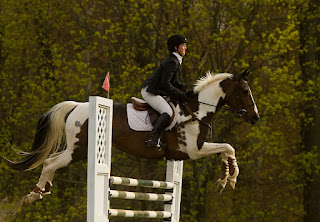 More photos to come soon including Quinn flying over fences with Sprite and some cute Havarah moments.
Posted by Havarah Equestrian at 5:45 PM No comments:

The Fork - And End of Winter

Winter is over but spring is in the air - to mark the end of the winter season down South Molly and John Nunn headed back to PA but stopped off at the Fork for one last go before hitting the Northeast show scene once again.

John broke his dressage score record on Smiley and walked (or strolled, possibly with some swagger) out of the ring with a 30 in his training division.

Though he recently moved up to prelim at Pine Top on his horse, Smilelikeyoumeanit, The Fork is a challenging show so John wanted to give him a good go and keep building his horse's confidence.

He had a clear show jumping round and the most beautiful cross country ever seen, according to Molly. He took home 3rd place in his division so congrats to one of the Havarah-man team members, John Nunn!

Molly said Benny did and got just what she wanted him to out of this weekend. He got a 30.9 in dressage, had a really positive cross country (with only a couple time faults) and a clean show jumping round.

She said he was very obedient the whole weekend and they just need to work a bit more on thge gallop fences to catch the time next time out.

Overall he was very happy to be at the show and had a positive attitude all weekend, which we at Havarah think is most important!

Molly was really excited to ride Sabrina at The Fork this weekend. She felt better than ever and truly ready to go be competitive in her intermediate division.

They were warming up famously for dressage, but unfortunately Sabrina took a funny step and had a pretty severe trip, nearly a fall. Molly and the crew didn't realize something was wrong until after dressage. Later on in the day, and it was apparent that Sabrina needed some R&R, thus they had to withdraw her.

We are positive her day to shine will come soon, and she's just going to receive the star treatment she's accustomed to this week to make sure she's perfectly fine.

Molly was so excited for The Fork as she always tells people "going to The Fork is like going to Rolex at your level, just at your own level." The footing is amazing, the turf on the cross country course is incredible and every fence has its own "story" while asking you the necessary questions at your level.

But now it's time to take the Northeast events by storm and show 'em what's up.

Molly spent a well deserved day in pajamas today - but it will be back to work tomorrow!

Quigley being the wonderful team mascot that he is... 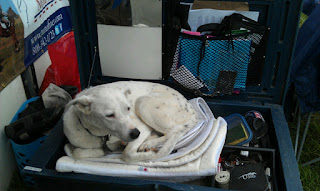 Posted by Havarah Equestrian at 5:44 PM No comments: